Bankgirot was established in 1959 by the Swedish banks. At that time the name was Bankgirocentralen, shortened as BGC. Bankgirot’s task was to develop and maintain a system of payment that was completely open, that minimised costs, provided economy of scale advantages and had a high level of security. Since then, Bankgirot has developed and changed. You can read about the major events in Bankgirot’s history here.

Bankgirot moves into new premises in Liljeholmen in May.

Swish wins the inUse Award - a design prize that focuses on presenting good examples of usability and overall experience rather than just appearance.

Swish for Commerce is launched in January. There are now three solutions for payments in real time: Swish Private (payments between persons), Swish Business (payments from a person to a company, association or organization) and Swish for Commerce (for m- and e-commerce transactions).

In the end of 2015 Swish, which Bankgirot manage and develops on behalf of Getswish AB reached 4 million active users. The verb to swish (swisha in Swedish) was included in the 2015 list of new Swedish words issued by the Language Council of Sweden.

Bankgirot was awarded with the Model Bank Award for the development of Payments in Real Time by the analyst firm Celent. 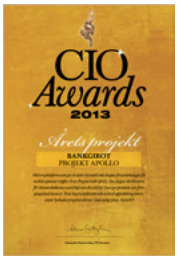 As one of the first clearing houses to do so Bankgirot conducted an internal self-assessment in accordance with the Principles for Financial Market Infrastructures (PFMI).

Bankgirot launched a new payment system, Payments in real time (Betalningar i realtid). The first payment flow to be connected to the new platform is the mobile payment solution, Swish, which was launched in December by six Swedish banks.

On 24th April, BGC changed its name to Bankgirot and a new brand was implemented in October. In 2012, Bankgirot employed some 240 staff.

Bankgirot took over the product ownership for e-invoicing (E-faktura) after previously having been responsible for operation, development and customer service. A new version of Autogiro, where all information is electronic, was launched in November. In total, 791 million payments were processed.

On 28th February 2011, the bank giro system dealt with 42 million transactions in a day, breaking the previous record of 35 million in 2009.

Parts of the bank giro system, Autogirot’s consent handling  and issuer disbursements (emmitentutbetalningar), were set into production on the English VocaLinks platform in February. Continued development of the new infrastructural solutions within electronic identification and e-invoice. Finansinspektionen (Financial Supervisory Authority) issued a permit for the new identification service, eID Gateway.

The number of employees is 220, 770 million transactions carried out and SEK 9356 billion handled. 90 percent of all payments are dealt with electronically. Preparations for transferring operation and maintenance of the bank giro platform to VocaLink are ongoing. Bankgirot celebrates 50 years in business.

Development and maintenance outsourced to Logica. Birgitta Simonsson is MD.

Employees: 340 in no., number of transactions: 620 million in no., amount handled: SEK 6 686 billion. 87 percent of all payments now handled electronically. Bankgirot initiates strategic cooperation with the English, VocaLink. 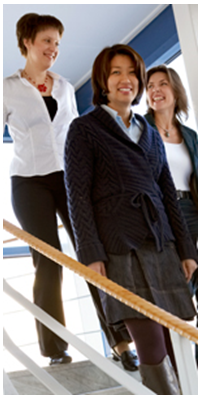 Preparations for possible EMU affiliation. Number of transactions: 363 million, of which 78 percent are electronic, handled amount was SEK 4 043 billion.

Bankgirot’s parent banks plan to buy Postgirot and merge Postgirot with Bankgirot into Svenska Girot. The plans halted by the competition authority. This led to many banks deciding to rely on Bankgirot instead of having two giro solutions.

Development work for preparing the payment system. Bankgirot introduces new requirements for clearing and settlement, the new millennium as well as the new Euro currency. Ragnar Santesson is MD.

New agreement structure in relation to bank customers created whereby the bank conducts the entire business with the bank customer. Deregulation of state payments; previously, all state payments had to be sent through Postgirot. New Swedish banks established. Opportunity introduced for tax refunds to be deposited on bank account. 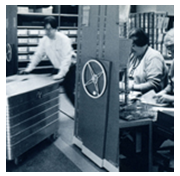 Businesses have an opportunity to send in payment assignments to Bankgirot directly (Bg-Direkt). Sven Schelin is MD.

Bankgirot builds new premises and moves into the Globen area. IBM installed as a supplement to Unisys. Employees: 1131 in no., number of transactions: 179 million, amount handled: SEK 1 533 billion. Privatgirot establishes its own joint stock company.

Foreign banks have an opportunity to establish themselves in Sweden via subsidiaries, contributing to more foreign banks connecting up to the bank giro system. 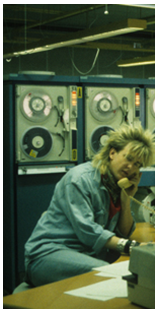 Change of mainframe computers from ICL to Unisys, contributing to increased standardisation of bank systems.

Tax payments via Bankgirot offered to businesses with monitoring of due-by dates. Employees: 758 in no., number of transactions: 91 million, amount handled: SEK 486 billion.

A few years earlier, the minister of finance had appointed a committee regarding the relationship between Postgirot and Bankgirot. The question is raised as to whether it was rational for Sweden to have two competing giro systems. A report submitted in 1979 determined, however, that competition ”affords major advantages”.

Ingvar Anderberg is MD at BGC. Responsibility for the banks’ data clearing now lies with Bankgirot.

OCR technology established together with the electronic reading-off of payment slips. Creates integration with the recipients’ accounts receivable. Employees: 400 in no., number of transactions: 31 million, amount handled: SEK 99 billion.

Autogiro for businesses introduced at BGC. First recipient is ICA-Eol in Gothenburg.

Automatic routine for Supplier Payments (Leverantörsbetalningar) commences at BGC. The first customers are Volvo and the County of Stockholm County Council. Bankband to the banks; communication via data technology starts now. 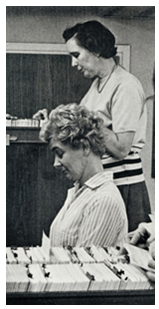 The first computers are installed at Bankgirot; the so-called MICR technology is introduced. Slips are registered and, at the same time, the means of readability of these by computer is created.

Lennart Börnfors is MD at BGC.

About 100 employees and around a million transactions carried out. The routines are completely manual. Sparbankernas Bank and Jordbrukets Bank join up, which means that all Sweden’s business banks, agricultural finance institutions and savings banks are now part of the bank giro cooperation.

Tests with paper-based payments between the individual bank branches conducted.

We need to use cookies for our web-based services to work. No personal data is saved.